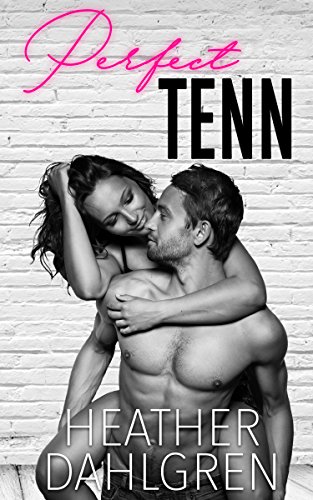 This romantic comedy is a difficult one to review. There are so many strengths, but there are some weaknesses that detract from the overall story. I enjoyed it immensely and read it very quickly. It is a book that I definitely suggest for romance readers.

Regan is a gorgeous redhead who lives with her equally gorgeous best friend, Tennyson. They’ve known each other almost all their lives and at twenty-three they decide sharing an apartment is perfect for them. It’s a typical premise, but has some flair that makes it a unique read. Regan hasn’t had a date in over two years. The author doesn’t just come out and say it is due to her subconscious desire for Tenn, but it is obvious from page one. Her friends, including Tenn, convince her that she needs a real man, instead of her drawer of sex toys. So, they set her up on a series of hilarious but disastrous dates. The story is told first-person Regan and she is a riot. From start to finish, she never let me down and I laughed until I cried.

Initially, Tenn sleeps with everything in a skirt with such exuberance that Regan has to wear earplugs. It becomes clear within a few pages that he has the hots for Regan, but won’t just come out and say it. So, like many other romance novels with this storyline, he thinks having lots of sex with anonymous women will get her attention. It certainly does. Only instead of making her realize he wants her, she thinks he’s a man-whore. Slut status aside, he’s a very likeable guy. He’s not as funny as Regan, but it’s not told from his perspective and he cannot hold a candle to Regan’s sarcasm.

One of my issues with the book is the parents. Both Regan’s and Tenn’s parents are best friends and apparently do everything together. They are also single-minded and think about nothing but sex. They draw their children into these wildly inappropriate conversations and give descriptive details of their own insanely active sex lives. The first encounter was awkward, but humorous. The second was still funny, but even more awkward. This went on through the entire book. Regan would beg them to stop, but it seemed that they could only discuss sex. At one point, both mothers take Regan for a girl’s day, which included a trip to a sex shop. The mothers are overjoyed and act like they are in heaven. Regan hides outside in the parking lot. I felt sorry for her, because they did not seem to care that they made her so uncomfortable that she had to down a bottle of wine just to get through dinner. What was incredible was that they had dinner with their parents several times a week. If my parents humiliated me and asked about my sex life, then compared it to theirs, including what they had just been up to seconds before I rang the bell, I would rarely see them.

Another aspect of the book that bothered me was Tenn’s idiotic idea that having scream-inducing sex every weekend right on the other side of the wall from Regan would make her realize he was attracted to her. It’s a premise I’ve seen a million times and I’m always confounded. I know that it is for drama and it definitely fits the bill, but she would have to wonder if he had picked up something nasty after banging a thousand easy women. Apparently, nothing says ‘I love you’ like excessive copulation with anyone other than that person.

Even with my personal issues regarding this book, I still read it all the way through and enjoyed most of it. Regan was the perfect storyteller; she was a riot, she was a strong woman who swore like a sailor, and she was the perfect amount of aloof when it came to Tenn. The side characters were entertaining, although the parents were too much for me, and added just the right amount of funny without detracting from the couple. Typos were a huge problem. I read the e-book, so I do not know if the print version has been edited, but it was obvious that this one hadn’t. I am amazed, because the author is clearly gifted and was able to produce such a wonderful story without reading through it to check for errors. It was enough to make me pause, but the fact that I finished says a lot for this book.

I loved the book, even with the plethora of typos. I can forgive a certain amount and after that I usually stop reading, but this story kept me hooked and I had to see what entertaining scene was going to happen next. For being a popular storyline, it stood out amongst the others I have read, because it was so well-written (aside from the lack of editing) and the never-ending laughter. If the parents had been toned down just a bit and a second round of editing done, I would have given it one of my very rare five stars. What can I say? I love to laugh. As it stands, I’m happy to give it ⭐️⭐️⭐️⭐️ stars. I highly recommend this book for romance readers who want a light, happy read and I am looking out for more from Ms. Dahlgren.