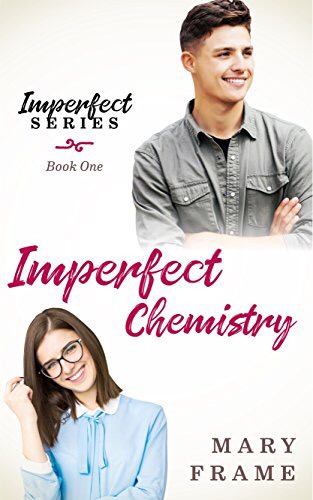 Sometimes a fluffy romance that does not require a whole lot of deep thinking can be just what the doctor ordered. While this book fills that description with a somewhat predictable storyline and a few side characters that fit in the typical romance box, it is surprisingly entertaining and a thoroughly enjoyable and quick read. As I’m not terribly into romance, I was more than satisfied with this start to a series that I will be checking into later.

Ah, poor Lucy. She is the most socially inept heroine I have ever read about. She is one of those people who blow you away within thirty seconds with wildly inappropriate comments that lack all trace of human connection, such as telling a girl who is crying over her cheating boyfriend that she should get tested for STDs. That is only one of those fantastic moments, and the book is filled with them. Due to this inability to relate to people in general, genius Lucy has lost her grant at the university. At twenty she has a doctorate to go with her lack of social graces, and needs to come up with an experiment fast. What better than relationships and sexual attraction? You know it’s going to be good.

There is no one better than sexy Jensen, whose front door is perfectly and conveniently lined up with Lucy’s peep hole. Yep, she puts that to good use. He’s nursing a broken heart, trying to balance a secret life, and hoping to put off his controlling parents. Basically, the man is a mess but a beautiful one. His reaction to Lucy’s outrageous proposition – to provide her with the most intimate details of his sex life – is fantastic. In a great twist, he turns into a genuine nice guy that I loved, something rare in the romance genre. In fact, I loved him just as much as awkward Lucy.

So many romance novels follow the romance formula. Imperfect Chemistry did so faithfully but in a unique and refreshing way. At no point did I have to force myself to keep reading; I was excited and invested in a not-so-romance way. In addition to wonderfully written main characters, the socially savvy Freya is a hoot. She provides laughs many times and is the perfect match for Lucy as her first true friend. The only drawback to this gem is the lack of editing. For most of the book it is hardly a problem, but at about eighty percent it took a nosedive and has some bloopers that are a bit distracting. Since typos are a major pet peeve, it means a great deal that they did not hinder my progress.

This may not be Shakespeare, but it is a smart choice for any reader who wants a good laugh. Enticing characters and a hilarious plot make this one of my favorite romantic comedies. I will definitely be continuing this series, especially on those days when I need a chuckle. These ⭐️⭐️⭐️⭐️⭐️ stars say this book is for all the readers who are hoping for the same.