In essence, I’m a farm girl with passions that led me to a career as a paramedic and a variety of other hobbies. Mostly, I love my husband and our four critters: two shelties and two cats. My husband and I have traveled extensively around the world. My most exciting trip was to Egypt. Oh, New Zealand was a lot of fun, too. In Israel I thought the bus at Masada left me behind – I was terrified until the rest of my bus mates miraculously appeared. I’ve learned a few things over the past sixty-something years. Thoughts are powerful. Intentions are everything. And lastly, passion is the key to success.

During my career as a paramedic I came face to face with scenes most people would rather not think about. Having experienced life in the most deadly and gut wrenching events, and work alongside the police service, I have the fodder for creating intense novels. My creative DNA ran amok within two months after my first novel, The Guardian’s Wildchild, was published. I couldn’t believe there was this kind of story within me and desperate to be told. I resisted. It was futile.

When I gave in to the visions and inspirations, I knew that the first year would be taken up with studying Islam and the Muslim culture. After finding a most wonder imam and a Muslim physician, it was time to begin the research and write. After completing the first draft of Forbidden, I searched for police personnel who would be willing to guide me in ensuring all the police procedures were legit and believable. The final draft of Forbidden was completed after four years of editing, rewriting, and editing again. My goal has been to write an exciting story, one that is both plot and character driven. Also, I was most careful in presenting the Islam faith in a moderate and unbiased tone.

1. When did you start writing? Being terribly shy and having difficulty in expressing my feelings verbally, my mother suggested I try writing. I wrote letters to her, even though she was a stay-at-home mom and available for chats any time. I discovered I had a gift at an early age. For most of my life, though I wrote simply for the fun of it. Then, one day a muse woke up my author DNA. The hobby became an obsession.

2. What is your inspiration? People are my inspiration. People are fascinating, multidimensional, constantly in a state of conflict. Characters are what make even a simple plot exciting. The deeper one explores a character’s dark side, the things the make them weep, their addictions and nightmares, what brings them to their knees – that’s the story.

3. How did you come up with your stories? I wish I knew the answer to that question. I never intended to write my novels. When I say that inspirations took over, it’s true. It’s like I was on some crazy drug high (no, never use drugs). I could see the characters, their struggles, even hear the dialogue. I will admit to enjoying meditation and I am a Reiki practitioner and I have studied Shaman techniques, so perhaps I slip into some weird zone. Many of my author friends and other creative souls have wondered where their inspirations arise from. It is a mystery.

4. Where is your favorite place to write? You mean where do I sit and write? Most of my ‘writing’ goes on in my head while I’m busy doing other things. Walking my dogs, gardening, getting groceries, sitting at traffic lights, it almost never shuts off. When I have time to sit at my computer, those inspirations return, the movie rewinds. Hours go by, meals forgotten, appointments missed. It’s hell. It’s bliss.

5. Do you plan your stories before starting? I see the big picture in my head. The beginning, the crisis, the struggles to resolve the crisis, and the ending, but not in detail. The first draft is done very quickly. I get to know the characters, delving into their lives, their secrets, their sins; the times they have failed and their moments of ecstasy. When that first draft is more or less complete, I go back to page one and rewrite the entire first draft. And I write a third draft. When my beta readers stop asking questions, the story is done.

6. When did you first consider yourself an author? When my first novel was published I felt I deserved the honor of referring to myself as an author.

7. Do you see writing as a career? No, not a career. It is still just fun, even magical. I’m a writer. I earned my living as a paramedic. Nothing can surpass that.

8. Is there anything that you find particularly challenging in your writing? Hmm, I have to think about that. Writing is hard, if you aim for perfection. Anyone can write, but not everyone can tell a story that captures the reader so completely, they cannot put the book down. And, remember the characters long after the last page was read. Great effort is required to seduce the reader into believing the main character(s) is a hero, albeit with flaws. The pacing is critical, the dialogue must be crisp, the ending surprising, even shocking, but believable. Readers have high expectations. My challenge is to write a story that will appeal to both men and women – equally.

9. What was the hardest part of writing your book? Even as challenging as writing a great novel is, marketing is more difficult. And it doesn’t matter if you’ve been traditionally published, the author is expected to do as much marketing as the self-published author does. You can spend thousands of dollars on advertising, print hundreds of business cards, travel to attend book conventions and signings, and after a year of slugging it out in the marketing trenches, an author may discover that readers have yet to discover his/her novel. It can be crushing. The hardest part is accepting that it is possible no one will read your novel, or if they do read it they may not like it. Even hate it. That’s the pain.

10. Can you share a little of your current work with us? Readers have been imploring me to write a follow-up novel for both The Guardian’s Wildchild and Forbidden. I’ve never been a fan of sequels or series. While my novels had good endings with no loose ends, there are possibilities for taking the plots and characters into a deeper and new direction. My writing muse is toying with me, tempting me with scenes of Forbidden’s sequel. The working title is Forsaken, and it’s dark!

11. Do you have advice for other writers? If you are passionate about a story, that’s a good place to start. Take courses. Join a critique group, and for heaven’s sake, hire a great editor.

12. Do you have anything specific you want to say to your readers? Yes, and it’s something I have to learn to do. And it’s really easy and takes so little time. Readers, please write a review of the novel you just read. Where do you write a review? Amazon (if you have an account), Goodreads, your blog, your Facebook page, tweet about it. Message the author and let them know what you liked or didn’t like about the novel – be gentle. Authors can be a bit sensitive. Your review doesn’t have to be long and complicated. You can simply say you enjoyed reading SEGHADGH by Aasdf Ertshj. Reviews are huge for authors. 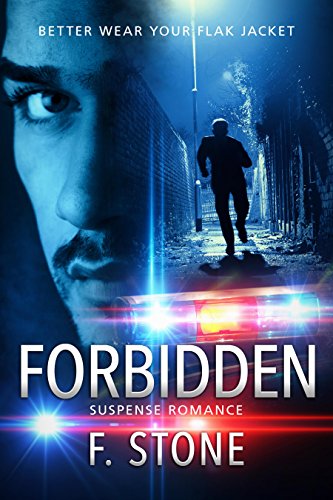