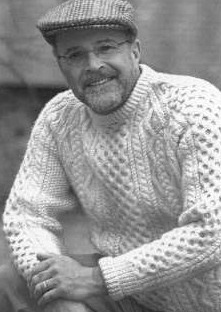 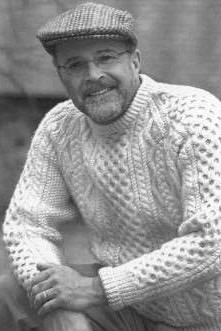 Robert Gately was born in Salem, Massachusetts, but grew up on Long Island, New York as a Red Sox fan, a character building experience as he remembers. He served in the US Navy for four years and had a career with AT&T for 27. He grew up loving movies and he includes in his life experience lessons learned in tales such as “Inherit the Wind”, “Les Miserables”, and “Twelve Angry Men”. All during this time he wrote with passion being inspired by the likes of Dickens, Heller and Roth. Since retiring he’s been writing full-time and has enjoyed some recognition for winning 19 writing competitions, mostly for his screen and stage plays.

1. When did you start writing?

I guess I’d have to journey back to 5th grade to explain to you why writing is such a big part of my life. We had to read a book and write a synopsis as a task my fifth-grade teacher gave us. These ‘book reports’ would then be graded as if it were entered into a ‘contest’. Winner-take-all, kind-of thing. That’s when I discovered the flap, that brief outline from the publisher, those beautifully written words that perfectly captured the emotions and the essence of the story. For a 5th grade boy trying desperately to rise from the sleepy world of his imagination, I did a despicable thing. I used the flap in writing the synopsis, paraphrasing as best as a fifth grader could, and submitted the paper into the contest. As fate would have it, I won the competition. I was embarrassed, humbled at receiving an award I didn’t deserve. That day was the beginning of my writing career where a little flame burned in my soul to be able to express myself with some degree of grace where I would never have to rely on someone else’s words to express how ‘I’ felt. That desire turned into something else. I learned later it was called passion. I was going to be a writer. It was a long journey, but I loved taking it.

2. What is your inspiration?

My inspiration may come from a dream, or watching a movie, or a sound-bite at a barbeque. I might generate a whole storyline in one sitting. The real issue is when the idea or inspiration comes they don’t leave until I pay homage to the character or the story. It may take a single day, or decades.

3. How did you come up with your stories?

My most recent book came from watching a movie (Being There) where the main character captured my imagination 30 years ago. The hero of my story just wouldn’t leave me alone and I wrote a novel and a screenplay to keep my sanity. Another movie, ‘The Longest Yard’, became fodder for writing a similar story, only it was basketball, not football. Other stories came from slug lines, sound-bites and certain experiences I had in life that just sat in my brain and percolated and wouldn’t leave me alone until I flushed them out.

Actually, one non-fiction book I wrote (Fillossofee: Messages from a Grandfather) came from social networking issues where I felt my progeny were not getting the mental nourishment I got from history, the sciences, or philosophical thinking while growing up. Not that I’m anything special, but in a day when a family member gets billed for 13,000 text messages, while another never heard the name Copernicus, that’s when I felt a need to talk about the sciences and what it means to search for the truth of principles and ideals.

4. Where is your favorite place to write?

In my computer room, at the keyboard, using my tower computer, loaded with a word processor. The morning is when I do my creative writing and in the afternoon, when the creative part of my brain seems fried, I do the editing.

5. Do you plan your stories before starting?

Oh, yes. I’ve learned from “Michael Hauge”, the screenwriting guru, who had a two-day seminar on structure and plot, which is the most important element of a story, I believe. I learned early on, whether writing a screenplay, novel, or stage play, I needed to follow a process, and some rules. This idea of storytelling was taught many years ago, not by a writer, but by a philosopher, physician, scientist, and a student of Plato. Aristotle said, and I believe it to be true, that ‘The first essential, the life and soul, so to speak, of a story, is the Plot,’

6. When did you first consider yourself an author?

7. Do you see writing as a career?

Yes! In fifth grade. See question one. But, like acting, one takes up another path to support the physical desires of life. My writing sustained the spiritual.

8. Is there anything you find particularly challenging in your writing?

Negotiating for the time needed to write a book, screenplay or stage play. Or essay, for that matter. It’s one thing to have the passion, but when you’re working for a living in another arena of life, it’s hard taking time away from family and other things without causing some disharmony. That’s why I couldn’t wait to retire.

9. What was the hardest part of writing your book?

South of Main Street has thirteen characters. Most of them had character arcs. In this case, I needed to show how and why they changed from who they were in the beginning and how Henry changed them. That took a lot of time and conjuring or developing, and devotion. Once I fell in love with the Henry character, it became more pleasurable, but in the beginning it was tough.

10. Can you share a little of your current work with us?

I’m on hiatus from writing at the moment. All my efforts are in the marketing area. Actually, I’m writing to book reviewer (bloggers), and School District people trying to get my book into their processes. This interview, for example, by the time I send it out, is part of that part of the marketing process.

11. Do you have advice for other writers?

Negotiate with your spouse and children for time needed to write. If you don’t, you’ll just be putting your head in the sand, like an ostrich, and when you decide to take it out, and see what has been going on without your attention, you may be surprised that ‘life’ has gone on without you.

12. Do you have anything specific you want to say to your readers?

I guess I’ll just say don’t think you’re going to be a success because you wrote something that is good. If the motivating force behind your writing is money or fame, then I hope you’re a “Truman Capote” kind of writer. I don’t know if this is true, but I once heard he said, “I never wrote anything I didn’t get published.” I wish that was true of my writing, but it’s not. I must hang on to what Derek Jeter, the famous baseball player, once said. “There may be people that have more talent than you, but there’s no excuse for anyone to work harder than you do.”

Also, I’m reminded, occasionally, what Michael Jordon once said. “I’ve missed more than 9,000 shots in my career. I’ve lost almost 300 games. I’ve been trusted to take the game winning shot and missed 26 times. I’ve failed over and over and over again in my life. And that is why I succeed.”

Taking encouragement from the best of the best, I continue searching for new ways to write better. My passion to write, of course, is probably the key. And, if Sheldon Cooper’s mother was here, she would say, ‘And that’s your opinion’.

Read our review of South of Main Street by Robert Gately