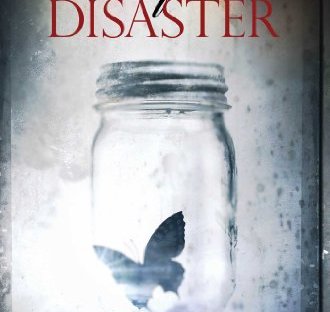 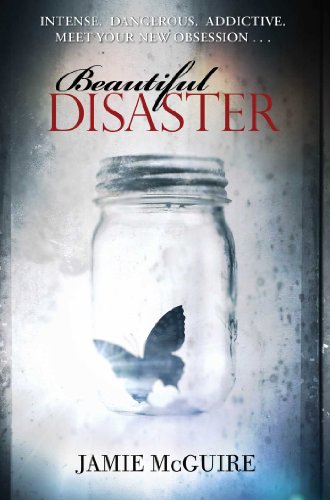 This book came highly recommended by many people and when I read the blurb I was intrigued. What followed was horror disguised as romance. Maybe I’m special – or have seen and experienced real life – and that is why I can see the dark truth hidden in this story geared towards young adults who will not recognize it, but I feel I have a duty to let others know what this story is really about: domestic abuse.

Abby is our main girl and she is someone who I tried very hard to like. She has a secret past that has her hiding (don’t all romances have someone with a deep, dark secret?) and wary about starting a romantic relationship. So, she runs off to college to make a fresh start. Unfortunately, this particular place of higher education is actually just an extension of high school and the book reads like it. In the same manner of the majority of young adult romance, the bad boy sees her and immediately must own her. The sad part is that she barely puts up a fight. She allows this man to control her and dictate how she lives her life. Time and time again, he abuses her and she forgives without fail and lets him walk all over her again. She never lacks for excuses for his bad behavior.

Travis is the campus bad boy who looks like Adonis and acts like Narcissus, only with a heavy dose of hidden insecurity. He’s a street fighter and takes a new woman, or three, to his couch every night. (Important Note: Even he subconsciously recognizes that his behavior is despicable, which is why he refuses to have sex with these desperate groupies in his bed. The filth stays on the couch and possibly in his blood. A smart woman would have him tested before ever going near him.) That is until he spots Abby. Like a dog with a bone, he’s not giving up on this stunning little lamb. When circumstances provide the opportunity to stay in his apartment and then ridiculously never leave, he forces her into his bed – “just to sleep”. Don’t be fooled by his noble declaration. He goes out of his way to make her uncomfortable in the bedroom, in the bathroom, in the living room, on campus, literally everywhere. She stubbornly stays in his apartment, even though he allows her no privacy and crams the emotional abuse down her throat. He also throws temper tantrums like a drunken toddler and doesn’t see the harm in that. For some inexplicable reason, he cannot understand why she is hurt by what he does and instead lashes out in anger, which happens a lot, and you can guess how he behaves when another man enters the picture.

What could have been an interesting, yet unoriginal, story was deeply disturbing. From the get-go I recognized Travis for what he truly was and found Abby’s inability to accept it and blindly falling for his tricks appalling. One of the most memorable moments was when they had a squabble and instead of acting like a big boy, he races off to a bar, where he gets wasted, and then brings home not one, but two, women and then proceeds to have an orgy loud enough to wake the neighbors. Abby’s response is to lay in HIS bed and cry and listen to the hours of moaning and screaming going on in the living room with the man she is falling for. Needless to say, he apologizes and swears it meant nothing, so she lets it slide. This hefty book continues in this fashion and never gives up in its quest for a happy ending. But, in reality, how can a man who refuses to fully acknowledge his abuse for what it is and a pitiful woman who condones his despicable behavior ever have a happy ending? The author made it seem like happily ever after, but it’s honesetly a story that millions of women live and regret deeply every day – smothered by an obsessive husband who keeps her on a tight leash and makes her believe she doesn’t deserve better.

When this book arrived in the mail I couldn’t wait to tear into it. In the beginning, I didn’t particularly care for any of the characters, but I had high hopes that things would turn around. The book is massive, and my patient wait for them to become something better turned into dread over the fact that this book is a statement for women, telling them that it’s okay to accept a hot man’s abuse and scary obsession. What could have been a powerful testament to a man turning his life around and a woman loving and helping him change, turned into a how-to book for abused women. While the writing is undeveloped and immature – think more along the lines of something for a sixteen-year-old – it is the message that forces me to give this ⭐️ dismal star. There are thousands of people who love this book, but the likelihood of them being a reader who completely overlooked the nasty truth is extremely high, and I’m relieved to see that there are also thousands of women who know how damaging this book is. If you’re looking for a strong heroine who matures into someone you can respect, read Gone with the Wind. If you want someone who will eventually end up wearing long sleeves to hide the bruises, this is the book for you.