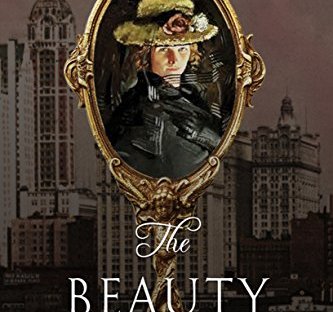 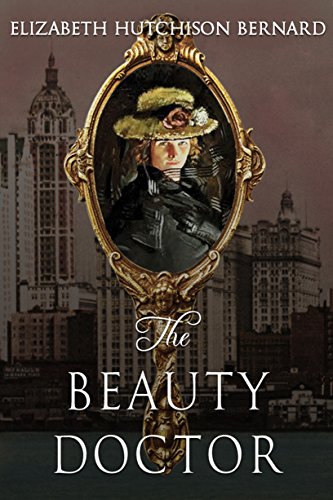 The year is 1907. Women still wear their hair over layers of padding, they wear corsets and covers, which require a maid to help with dressing, they have no recourse when it comes to homeliness or when a small facial defect assumes huge proportions in a young woman’s mind. Make-up is minimal or non-existent in most homes. This is a prime time for the Beauty Doctor to move into your neighborhood.

Abigail Platford is about to flee the home of her soon-to-be in-laws and their son, her fiancé, leaving them far behind. These very wealthy people are smothering Abigail with their disapproval of both her and the upcoming marriage between her and their son. Arthur Hennessy isn’t truly interested in Abigail and she isn’t in him either. This is an easy way for Abigail to regain a home that was lost and for Arthur to cover his interest in a young man. The night before she is leaving, she meets Dr. Franklin Rome, a very handsome man, who causes a hot flush to creep over her face, as they introduce themselves to each other.

Abigail’s father had been a doctor and had encouraged her dream of one day becoming one, as well. Now, without the support of her father, she knows it is only a dream, but she does have a good start in the medical field, having worked with him. She must find employment immediately, if she is to survive. She thinks of Dr. Rome and, knowing where his current patient resides, she chooses to wait outside for him in the hope of him employing her.

It takes a little time for the doctor to decide he has just the job for her. He explains to her that he is a ‘Beauty Doctor’. He is the one who fixes a bump on a woman’s nose, injects her wrinkled skin with paraffin, and heals lesions on her face. He needs Abigail to attend parties or women’s gatherings, where she can basically advertise for him. Abigail, herself a beautiful woman, is unsure of the honesty of this ploy, but involves herself deeper and deeper in Dr. Rome’s medical practice.

As I read this book, I wondered if Dr. Rome is for real. He’s very good at his job, but soon he shows himself to be wholly driven by money. He does work hard to improve his skill, but that involves kidnapping people off the street. Abigail is so enthralled by him that she talks herself into accepting anything. Even a very questionable business venture involving other doctors.

I didn’t find Dr. Rome to be an empathetic character. In fact, I pretty much disliked him from the beginning. He’s a philanderer on a grand scale and Abigail is overly innocent when he starts to be interested in her. Abigail hasn’t any discernment; she hopes this is true love.

There were several characters you are meant to dislike. In fact, it seemed like almost everyone lacked any redeeming qualities. The book is well written without any shortcuts in the storyline. I do think that I should have liked Abigail more, but her turning a blind eye to the doctor put me off. Most readers will find this to be a very good story. It’s highly involved in right-and-wrong, good vs. evil.

I give this book ⭐️⭐️⭐️ stars.