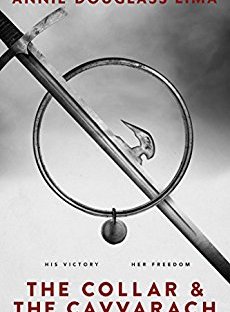 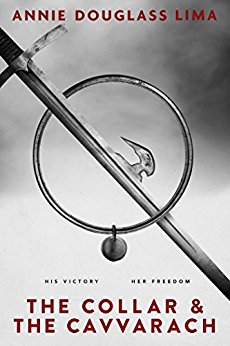 The collar around Bensin’s neck announces to all that he is a lowly slave, downtrodden, abused by owners, and sold as those owners see fit. There is no going out in public without a Pass from the owner. Clothing, used or very used, is at the discretion of the owner. Meals are also dictated by them. There are almost more rules than one can count. In fact, there is even a rule book on slaves for these owners.

Bensin’s sister, Ellie, is only five years old. They have always been together and he can’t imagine a life without her. They are purchased by Mr. and Mrs. Creghorn. Bensin works the yard, runs errands, and does housework. Young Ellie babysits their infant, which she is very good at, keeping Baby Creghorn happy most of the time.

When their mother died, Bensin promised her that he would obtain freedom for Ellie. Slaves are expensive to purchase and it will take years to buy her freedom. So, Bensin hatches a plan to set her free, even though he will still remain a slave. One night, they sneak out of the house, walk a long while, hiding behind cars and in alleys. Still, they are caught by the Watch officers. They’re hustled to a station, where punishment is meted out: thirty lashes for being a runaway. At fourteen, Bensin is used to being beaten by Mr. Creghorn, who is as short-tempered as a person can get. On top of his thirty lashes, he knows he will get more by his owner once he returns. Bensin realizes life is about to get even harder, but he knows he can take it if it means freeing Ellie from slavery.

Soon, Bensin discovers that the Cleghorns are selling him and he will no longer see his sister. They are both devastated at the thought, but his owners have run out of patience, dealing with a runaway, and want him gone. He is sold to Steene Mayvins, who coaches cavvara shil skills. Since he has been trained in this sport, Bensin hopes to make money for his new owner by winning matches. This is just the tip of the iceberg in the tale of Bensin and Ellie.

This story caught my interest immediately. Bensin is an engaging character with a strong personality, which must be hidden to survive in this life of slavery. Just when I thought he is an adult in disguise with all the answers, he does some ‘kid’ thing and I was reminded of his age and the strong spirit within. There is a lot that goes on in each chapter; never was I left with a ho-hum moment. I did find Ellie to be a little overly mature for her age; I have some difficulty seeing a five-year-old carrying an infant or managing to get him into his crib. Also, for being a slave, I thought she was rather unaware of the danger they were in when they tried to make a run for it.

This book is about a youngster learning a life lesson: be patient, persevere, work through your fear, and do your best. Bevin has some struggles, but he always returns to his goal of freeing his sister. Once he is owned by Steene, he becomes even stronger through the adult guidance he receives. As he is coached to physically prepare for competitions and mentally prepare for his adversaries, he becomes an admirable boy that I took pleasure watching become a mature athlete who sometimes made the right choice, and occasionally the wrong. I believe most readers will enjoy this book.