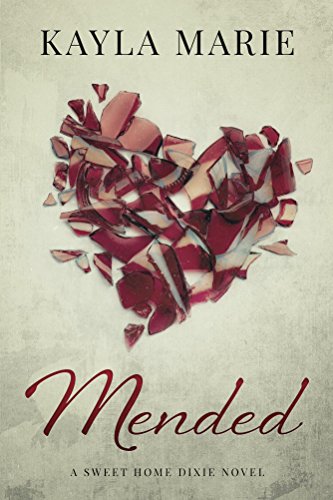 Ashley Thomas is a beautiful, emotionally traumatized widow with an equally traumatized son, Emmett. By the time he is thirteen, he has decided that school and family have nothing left to offer him. He’s been in trouble more than once, sent to juvie, and is on probation. At her wit’s end, Ashley decides they need a change, so she packs them up and moves from New Jersey to Alabama. Immediately, she likes the slow drawl in their speech and the kindness they show her and her son. On the other hand, Emmett is not impressed and doesn’t care who knows it.

Emmett develops an explosive attitude and brings his mother to the brink of tears on multiple occasions. He drinks, smokes, ditches school, and thinks he’s an all-around badass. If only his mother would leave him alone and stop letting him know that she won’t protect him from the law anymore. Of course the first time she lets him out by himself, he finds an open garage door and must sneak in to find something to steal. This is how he meets Wade Hudson, a kind man who would rather help than condemn Emmett.

The local diner is where everyone meets and it’s also where Wade immediately falls for Ashley. She doesn’t want a relationship, so he pretends that he never met Emmett. In a small town like Mason, everybody knows everyone else or is related to each other. Therefore, they are stealthily aware of everyone’s private matters. Ashley prefers that Emmett’s troubles not be broadcast, nor the gloom that weighs her down over the death of her husband. It’s hard to remain aloof, though, when she needs a friend so badly and the people care so much.

This is a well-written romance, however, it is a typical one. The characters are sweet and Emmett is the only one who has a dark side until Wade unsurprisingly takes him under his wing, opening the door for a relationship with Ashley. Overall, it’s a rather bland story. There is very little conflict, if any, and none of the characters reveal any doubt, disappointment, bitterness, joy, relief, etc., all the emotions that make life interesting. There are usually emotions I can do without in a story, but it would have been great for these characters to show something.

A small amount of the story is dedicated to Wade, his brother who is in prison, and their father. There is some intimation of the ugly side of prison life and I feel if the story has this smidgen of grit, why isn’t there more exposure in the lives of the characters? As it is, the relationship with Wade and his family stick out like a sore thumb. In conclusion, the author shows real talent, but the characters don’t support it.

I give this book ⭐️⭐️ stars.