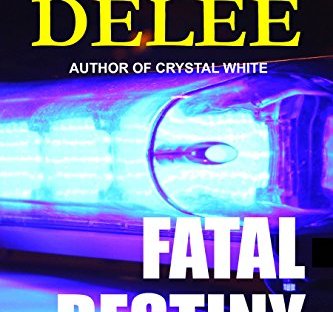 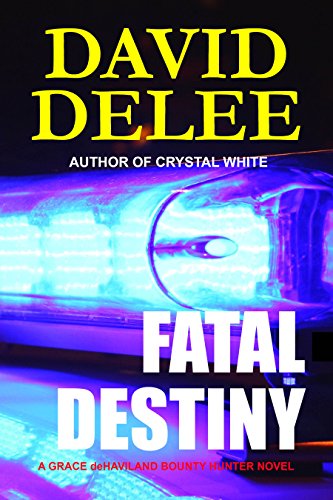 Grace deHaviland is a bounty hunger and a very good one. Although, there seems to be a certain amount of chaos that happend to follow in her wake, which says something. This day, she is hot on the trail of Barry Keegan, an accountant for a pharmaceutical company. The CEO, CFO, and Keegan have been accused of securities fraud. When CEO Wainwright is murdered, Keegan is accused and Grace finds herself way too close for comfort.

Not everyone enjoys Grace’s acquaintance. She’s defensive, abrasive, and usually ‘all work’. Since everyone appears to be in pursuit of Keegan, Grace decides to keep as low a profile as possible, hoping info will jump into her lap. Finally, she meets Keegan’s wife, Molly, and their son, Sean. Molly is very protective of her husband and son. While Grace tries to talk Molly into encouraging Keegan to turn himself over to Grace, they are unpleasantly surprised by two thugs rushing into the yard and shooting at them. They want Keegan, but will settle for Molly and Sean. Good thing Grace is there to help them escape.

After putting them in police custody, Grace realizes that she is getting closer and closer to Keegan. When she finally catches up to him, he beats her soundly and threatens her life. He leaves Grace lying in a heap in the dust, wishing she didn’t have such a bad headache. Keegan is running from more than just Grace, and as she continues to delve into his past, she discovers that he has been a very bad man. She wonders if she can catch him and keep his family safe at the same time.

This is a fairly entertaining story. There’s plenty of action and good characters. However, I am a long time fan of Stephanie Plum books and this is far too similar for me to judge this book without wondering what bounty hunter Stephanie Plum would do. I also found that Grace could use a better sense of humor or maybe it is the author’s writing that could use some. It could be that this book is way better than I think, just because I cannot stop comparing it. I leave it up to you and encourage you to find out for yourself.