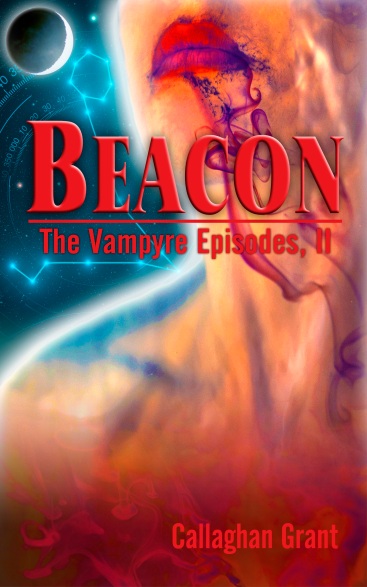 This is an enjoyable continuation of Erinn’s story. It is an easier read since the first book has a lot of background information, the two books tie nicely together. She is continually surrounded by several lusty Vampyres and by this time she has become one herself, as Michael had intended. While she is still the same Erinn, she is also a blood-thirsty, sexpot Vampyre leaving dead bodies in her wake.

I found it interesting how the author worked around what must have been a very revealing conversation between Michael and Erinn, without actually writing it. I was glad for this fact, because it would have felt like backtracking. So, moving forward, she discovers that he is extremely possessive when it comes to her unrecalled memories of her times with him and what transpired.

Thankfully, there are new characters involved that help alleviate some of the mental weight left over from the first book. This provides a much needed time for Erinn to try and come to some reasonable conclusions regarding her new life. However, so far, she doesn’t seem to have a reasonable bone in her body as she refuses to follow Michael’s instructions, putting them both in jeopardy. She remains as rambunctious as ever, but at least some of the time she stops to consider her actions before doing what she had intended anyway.

I have to speak about the dream sequence, but it’s not possible to give anything away; you have to read it. I’ve never dwelled much on the metaphysical, but that is the only word I can think of to describe it. The reason behind the dream is up for interpretation, but it must be important because it happens twice. She crosses over into worlds unknown, to places she knows yet doesn’t, and it’s all a confusion that I could have gone without. However, I must mention that it held my attention as I tried to muddle through it to find the author’s true meaning and reason behind it.

Michael tries desperately to follow her, as she continues to run away in her own desperate attempt to flee. When he finds her, she is no longer the Erinn he knew and loved. This entity tells him that she is his twin, his wife, and guide. Initially, he doesn’t have a clue what is going on. Neither do I. Be prepared for words like “lateral realms” and “astral realms,” as they just dig a deeper hole for the reader to climb out of. That said, it was a very well done, if weird, bit of writing.

Being Vampyre means the ability to be overwhelmingly athletic, telepathically gifted, stronger than any human, and able to stare down anyone. I rather like these talents and the fact that they make her a woman that is not to be trifled with. The men in her life haven’t quite figured that out yet, but they better get on page soon or there’s going to be a great deal of regret.

This is an interesting read and flows smoothly. There’s a lot of action that kept me engrossed. I cannot begin to fathom where the author is taking us, but this book was a great follow-up and I was more than willing to stay with it.

This book is unpublished at the time of posting.

1 thought on “Beacon by Callaghan Grant”