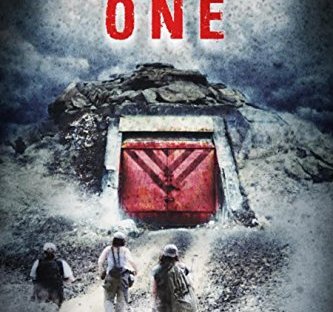 I was initially drawn to this book by the humorous dialogue between the main characters, Anna and Tony. Sadly, the book quickly lost that humor and became less entertaining. Even though the story is driven by a comet about to hit Earth and destroy life as everyone knows it, I still think a little humor would have gone a long way, especially since it started out funny.

I did not find Anna to be a sympathetic character. For one thing, she unquestioningly follows the orders of her EX-husband (you heard me right, not her current man, but her long-time ex) and buys obscenely large amounts of aluminum foil and cardboard, shipping these truckloads all around the country. Who in their right mind wouldn’t ask why? She doesn’t and that says a lot. Of course, at this point she has no idea what is going on, but that is no excuse. Curiosity killed the cat, but this cat would have been safe in wanting to know the reason behind the world’s strangest request.

As the story progresses, she becomes completely wrapped up in the self-serving idea that she is always right, saving everyone, and knowing what is best for all involved. Does she take into account what others say? No, she ignores all questions and concerns. Sounds like a hero complex to me. She certainly means well, but her arrogance got old really fast. I’m stunned that her boyfriend, Tony, didn’t get sick of it as well. After all, they’re about to be roasted by a comet, perhaps he should have put in his two cents and stood by it.

Traveling across country, picking up specific “special” people sounds promising, but suddenly she gets a mind of her own, and decides to take charge, letting everyone she wants to hop on board the savior bus. But there’s only so much space and food in a bunker. That’s just common sense. She blindingly followed the orders of her EX before, so why she ignores him now is beyond me. Needless to say, she winds up with too many people crammed into a space meant for a fraction of them, due to her staunch administration and refusal to listen to anybody besides herself. She tries to base her decisions on the needs of the group and not of the one (Star Trek reference for all the Trekkies out there). Unfortunately, her drive for sainthood just endangers them all on more than one occasion. Am I being too harsh on Anna? Possibly. She is the leader of this story, whether I like it or not, but it doesn’t mean I have to like her.

There are several other characters, including Tony, that I think could have added to the story and made it more interesting, but they’re just sidenotes. Maybe the sequel will give them a chance to shine, instead of being backup for the Anna Show. There is a certain amount of suspense, which I liked and I think the author was clever in her development of the story’s timeline. Overall, I enjoyed the central theme, which is, “let’s survive this comet and make a new world.” It’s not necessarily a bad story and the next book might prove worth reading, especially since the last chapter has a few enticing spoilers. Of course, that means cliffhanger. However, this wasn’t enough to really draw me in and the likelihood of me continuing with this series is next to nil.

Overall, my rating for this book is ⭐️⭐️ stars. A genre I usually love, but a lackluster book. The author tried and that’s obvious, though, so there is hope for the future.